PCEC Statement on the Recent Upsurge of Drug-Related Killings 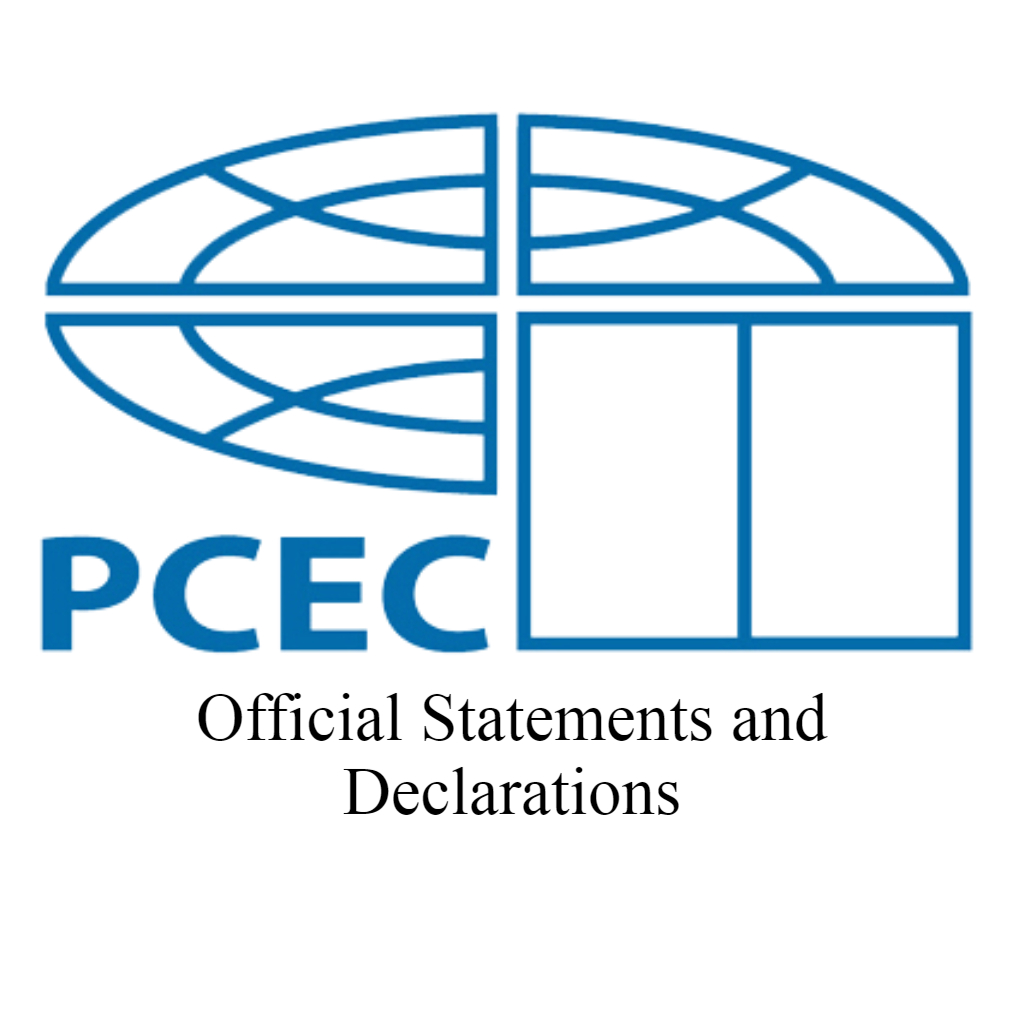 As faithful witnesses of our Lord Jesus Christ who lays claim to all areas of life and to whom all authority in heaven and on earth belongs (Matthew 28:18), PCEC appeals sincerely to our country’s leaders to safeguard in righteousness the life and well-being of every person in our beloved nation. As Scripture reminds us, it is when the righteous rules that the people rejoice (Proverbs 29:2). Our appeal comes on the heels of the recent upsurge in drug-related killings.

We are firmly supportive of President Duterte’s unswerving aspiration to rid our nation of the scourge of illegal drugs. We highly commend our President and his administration, including the courageous members of our police force under PNP Chief, Gen. Ronald “Bato” dela Rosa, for the great strides made in the campaign against illegal drugs, such as the opening of the Mega Drug Abuse Treatment and Rehabilitation Center (MDATRC) in Nueva Ecija and the surrender of more than a million drug personalities.

We are, however, seriously concerned with the continuous and escalating killings without the just and proper benefit of due process of law. As Evangelical Christians, we hold deeply that all human life is sacred for it comes from God and God only (Genesis 1: 27), for which reason Scripture emphasizes its flourishing and not its destruction (John 10:10). As the Apostle Paul puts it profoundly: “The commandments, “You shall not commit adultery,” “You shall not murder,” . . . and whatever other command there may be, are summed up in this one command: “Love your neighbor as yourself” (Romans 13: 9).

The crucial issue of unjust killing was brought home again to many of us by the brutal slaying of 17-year-old Kian delos Santos, who joins many others from our society who were, fairly or unfairly, tagged as involved in drugs, due to which they met their end horrendously in the hands of the police or vigilante groups. While the sense of outrage on the part of our people continues to surge in the midst of ongoing investigations, we denounce in the strongest terms all unjust slayings, and the rising culture of senseless killing and impunity that, to our very deep regret, have accompanied from its very inception the President’s well-intentioned campaign against illegal drugs.

As our nation’s leader and foremost proponent of our government’s war on drugs and narco-politics, we appeal to the President to utilize the considerable powers at his disposal in changing the campaign’s primary narrative that is defined by the killing of drug offenders toward one that seeks to restore them to their full humanity. We hope to soon see that our President’s vehement outcry against drug offenders will be supplanted by equal or even greater expressions of justice, compassion and desire to transform them through extensive programs, so those mired in drugs may have a chance at life once again to contribute to the good of our society and become proud citizens of our beloved Philippine nation.

“When one rules over people in righteousness,
when he rules in the fear of God, he is like the light of morning at sunrise
on a cloudless morning,
like the brightness after rain
that brings grass from the earth.”

For the Philippine Council of Evangelical Churches:

Grab a Copy of the Latest Evangelicals Today Magazine – Volume XLVIII No. 2

AFTER THE PHILIPPINE ELECTIONS: WHAT’S NEXT?- Bishop Noel Pantoja

Grab a Copy of the Latest Evangelicals Today Magazine – Volume XLVII No. 1

50 families from the Dumagat Tribe in Brgy. Cayabu, Tanay have received food packs and RTWs

50 families from the Dumagat Tribe in Brgy. Cayabu, Tanay have received food packs and RTWs through a project initiated by PHILRADS in partnership with the students from Xavier School. While the students donated the food packs, they also served as the volunteers. They offered their time by repacking, facilitating the program, and distributing the […]

Let us all continue to share what we have.

Let us all continue to share what we have.

Let all that we do be done in love.

Let all that we do be done in love.

PHILRADS distributed shelter repair materials to 87 households in the Municipality of Ajuy, Iloilo on May 23, 2022.

In response to Typhoon Agathon that hit the Philippines last April, PHILRADS distributed shelter repair materials to 87 households in the Municipality of Ajuy, Iloilo on May 23, 2022. Each household received 12 pieces of GI Sheets, 10 pieces of marine plywood, 2 pieces of plain sheets, 5 kilos of assorted nails, and 1/2 liter […]

PHILRADS and PCEC have completed the workshop for Disaster Management Capacity Assessment.

PHILRADS and PCEC have completed the workshop for Disaster Management Capacity Assessment. We thank the team of Tearfund UK for facilitating the 4-day workshop. +2 25Paul Mark Lacerna, Khim Gerbz and 23 others 1 Share Like Comment Share

Grab a Copy of the Latest Evangelicals Today Magazine – Volume XLVIII No. 2

AFTER THE PHILIPPINE ELECTIONS: WHAT’S NEXT?- Bishop Noel Pantoja

Grab a Copy of the Latest Evangelicals Today Magazine – Volume XLVII No. 1